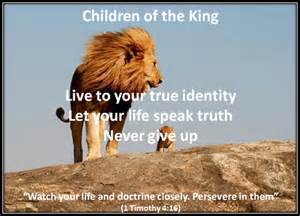 David was a shepherd boy and in the eyes of his father and his brothers that was all he was ever going to be.  When Samuel came looking for the next king of Israel, David wasn’t even called to come from the fields to be inspected by Samuel until all his brothers had been rejected by God Then, God instructed Samuel to ask for David.

People judge us by how they see us; our hair, complexion, our size, height, weight, how we carry ourselves and our clothes. We are also judged by our reputations, what people have heard about us before they’ve even met us.

Ecclesiastes 3:11 states God has placed eternity in the heart of men.  In other words, God has placed, in our spiritual DNA, a desire to fulfill God’s purpose for our lives. God created in our innermost person a need to reach our potential.

There are times in our lives that people want to pigeonhole us, just like David’s father and brothers wanted to pigeonhole him. They want us to conform to what they think we should look like, think and act. But God doesn’t put people in boxes. God does not require that we all follow the same formula.

Look around you and you’ll see that God loves diversity! There are singers, music composers, administrative executives, engineers and day care providers. There are secretaries, computer programmers, doctors and teachers. The list of vocations goes on and on and, in ever vocation there are Europeans, White Americans, African Americans, Asians, Middle Easterners and other ethnic groups. Some are tall, some are short, some are thin, and some are full figured.

Whatever you are, you are the right one for the purpose God has given you! Are you sitting still and allowing your eternity to eat away at your spirit person because you don’t think you measure up? Only you can answer that question.