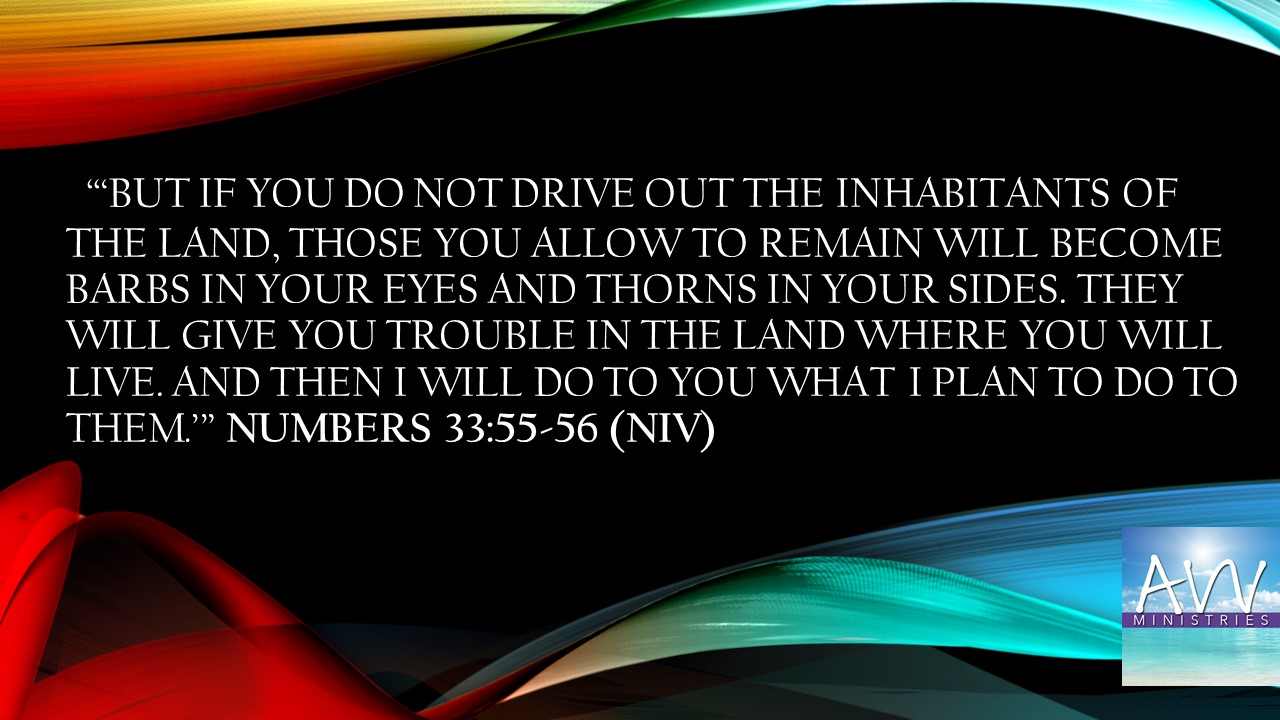 “‘But if you do not drive out the inhabitants of the land, those you allow to remain will become barbs in your eyes and thorns in your sides. They will give you trouble in the land where you will live. And then I will do to you what I plan to do to them.’” Numbers 33:55-56 (NIV)

I can’t believe we’re four weeks away from a New Year! I’m already thinking about the things I want or need to change, fix, tweak or get rid of in 2017. I’m assessing what I said I wanted to do in 2016 verses what I did. I’m also assessing my relationships with friends and family members and acknowledging some of them aren’t working.

Over the course of my life I have learned how to let go of some folks. I may have held onto them out of habit, comfort, my desire to change them or my desire not to change. But, I have also had to learn that there’s a difference in helping someone and carrying someone.

Sometimes I must be honest and say that the other person is dragging me down more than I’m lifting them up. They are burdening me down and I seem to be more worried about their stuff than they are. Ever been there?

Sometimes you gotta drink a big glass of realism, straight with no chaser, and admit you must release some people. Releasing them doesn’t mean you’re better than them or that you’ve given up on them, it just means that God’s better suited to deal with them than you are.

People aren’t going to be happy with your decision but you’ve got to decide if you want to reap from God what they’ve sown. In verse 56 above God says, “’And then I will do to you what I plan to do to them.”’ That’s a no go for me! I want to reap the harvest from the seeds I’ve planted, no one else’s.

As we approach 2017 we need to remember there is only one relationship that we have that’s intended to last through out eternity and that’s our relationship with God through Christ. Ask God for discernment regarding relationships whose seasons are over and act accordingly.