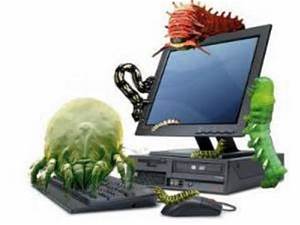 From the book: It’s Still Relative (The Word of God for Today’s World)

“Everyone who sins breaks the law; in fact, sin is lawlessness.  But you know that he appeared so that he might take away our sins. And in him is no sin. No one who continues to sin has either seen him or known him.”

The virus on my computer started one place and then branched out to other parts of my computer. The virus moved so quickly and stealthily, I could barely get the system to download the remedy for the virus. Then things got worse.

I got an email from an old boss saying that I had sent him a virus. The virus sent itself out to everyone in my contact list. UGGHH!!! I had use another computer to tell people don’t open an email from me. My computer virus nightmare seemed like it would never end. Then finally, the new anti-virus software I had downloaded kicked in and my computer was virus free.

There is no way to contain a virus in one section of your computer. Once your computer is infected the virus can move freely throughout the system doing damage, collecting data or sending out messages without your knowledge. So it is with sin.

One habitual sin left in our lives can worm its way into every facet of our lives. Just like the computer virus, sin can destroy all that we’ve worked to accomplish in our spiritual lives.

First it’s just little things. We’re not praying or reading the Bible as much as we use to. We’re not attending Bible study as often. Then, another sin, we thought we were delivered from rears its ugly head and we heed the call.

Not only does the sin bring “birth to death” (James 1:15)  in us but also to the people who are watching us. Our spouses, children, friends, family members and even some people we don’t know are watching us. They are watching how we live because we say we’re Christians.

When we purpose to leave habitual sin in our lives the people who are watching us think they can live like we do because we’re following Christ so it must be okay, right? Wrong! But they don’t know it’s wrong because they are following us. Now, the virus of habitual sin has spread from us to them.

Some people will say, “They shouldn’t follow me, they should follow Jesus.” Well, if you say you’re a Christian and you’re following Jesus, why can’t they follow you? You may be the only Bible some people see or hear. Don’t you think you should represent Jesus in such a way that others can follow you?

The virus of sin never stays in one area of our lives. In fact, it doesn’t stay in our lives. Just like a computer virus can spread to other systems that are connected to the infected computer, so can sin. Our sin can spread to anyone who is watching how we live and infect their lives just like it has infected ours. But, we can download the God’s word and begin to remove the infection from our lives.

“He cuts off every branch in me that bears no fruit, while every branch that does bear fruit he prunes so that it will be even more fruitful.  You are already clean because of the word I have spoken to you.  Remain in me, as I also remain in you. No branch can bear fruit by itself; it must remain in the vine. Neither can you bear fruit unless you remain in me.” John 15:2 – 4

P.S. If you don’t want other people to follow you as you follow Christ, please stop telling people you’re a Christian. You’re messing up the testimony of Jesus Christ for the rest of us!