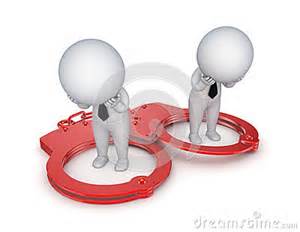 ”But let each one test his own work, and then his reason to boast will be in himself alone and not in his neighbor.”

I love crime shows! Watching how someone almost gets away with a crime, particularly murder fascinates me.

I am also amazed at the people in the shows who have long histories of crime and punishment. These people have committed crime time after time and been caught time after time. You would think they would figure out that their not good at being a criminal and find another line of work, but I guess that would take too long.

The person who should give up a life of crime would have to find out what their good at, what they are passionate about and what it takes to get into that field. It would take self-examination and time to find out what they should be doing because it’s obvious, to me, that a life of crime is not their call or their vocation.  But, they would rather try to follow in someone else’s footsteps and try to be something they are not, rather than figure out who they really are and what they are really good at doing. Consequently, they end up incarcerated over and over again.

It’s just like many Christians who try to be something they are not or try to do something they were not created to do for God’s kingdom. No matter how hard we try, we still get caught by God and the masses who know we are not doing what we were created to do. In fact, in our heart of hearts, we know that we’re not good at what we are trying to do, but it’s easier to imitate someone else than it is to develop the person God has created us to become for His glory.

Like the criminal who gets caught over and over again, the Christian who would rather mimic someone else rather than grow into their authentic selves, is looking for an easy way out; a shortcut. In Christ there are no shortcuts to fulfilling our calls.

If there was a shortcut available for Jesus, don’t you think He would have taken it rather than being brutalized and then hung on a cross to die for the sins of the world? There is no shortcut to becoming who God created us to be for His use in His kingdom.

If you are trying to be something or do something you are not, or you’re not sure of what you’ve been called to do, then it’s time for you to ask, seek and knock.

Never settle to be an imitation of someone else. God didn’t make you a copy He made you an original. Never give up seeking who God created you to be and what He created you to do for His kingdom. There’s only one you, and you’re it!

“The one who plants and the one who waters have one purpose, and they will each be rewarded according to their own labor.” I Corinthians 3:8